Two days ago, my friend asked me to recommend snacks. The author blurted out crab, yellow bean and broad bean. As a delicious snack recently purchased, the author has fallen into the magic of not stopping eating. The initial impression of broad beans was in elementary school. Now, when we explore the production technology of broad beans with various flavors in the entrance shop, we can easily find the traces of equipment such as frying production line, peeling machine, canned food production line and so on.

As fried fava beans, also known as flowering beans, orchid beans, etc., are usually produced by the frying production line. The frying production line usually includes vibration screen, separator, cleaning and soaking equipment, centrifuge, frying equipment and so on. Firstly, shaking screen is used to remove stones, clays and other impurities; then the broad bean with full grains, uniform shape and size and no mildew is selected by sorting machine; then, the raw material of broad bean is cleaned and soaked by bubble cleaner; when the broad bean is dried for enough time, it needs to be cut along the axis to ensure that the subsequent fried taste is crisp; frying is the key to the success of fried broad bean, according to the understanding of frying time. With regard to batch, oil temperature and other parameters, all kinds of frying equipment can adjust the oil temperature and time to further facilitate the production of broad bean fried goods; finally, the broad bean is deoiled, seasoned, packaged and so on.

In fact, besides this kind of orchid beans, broad beans can also be made into Yudai beans by removing the skin at both ends of the beans; controlling the water temperature and time during soaking, and using the drum to hang the powder when the beans are dried to 89 minutes can produce butter beans with rich butter flavor; mixing maltose, vegetable oil, sweet paste, pepper and other condiments into broad beans by a scrambler can also produce them. Strange-smelling beans and other products.

Of course, fava beans are also used as raw materials for export, like Japan's demand for fava beans is greater. Some enterprises aim at the Japanese market, through guiding farmers to use pesticides scientifically and implement organic cultivation, so that broad bean raw materials pass the rigorous pesticide residue detection in Japan, so that the export share of broad bean grows rapidly and the value of broad bean can be improved. Faba beans can not be stored for a long time. Once the epidermis is oxidized and reddened rapidly after overwintering, the commodity value will be lost. Faced with this phenomenon, some enterprises have built low-temperature faba bean warehouses, which extend the storage period of faba beans to more than one year, and end the history that faba beans can not be exported after overwintering.

According to the statistics forecast of the Circulation Industry Promotion Center of the Ministry of Commerce, the gross output value of the snack industry in 2020 will be close to 3 trillion yuan. Faba bean as a snack, will also usher in great development opportunities. It is also hoped that more food machinery will enter the market in the future, so that faba beans can be transformed into more forms, and the taste will become increasingly rich. 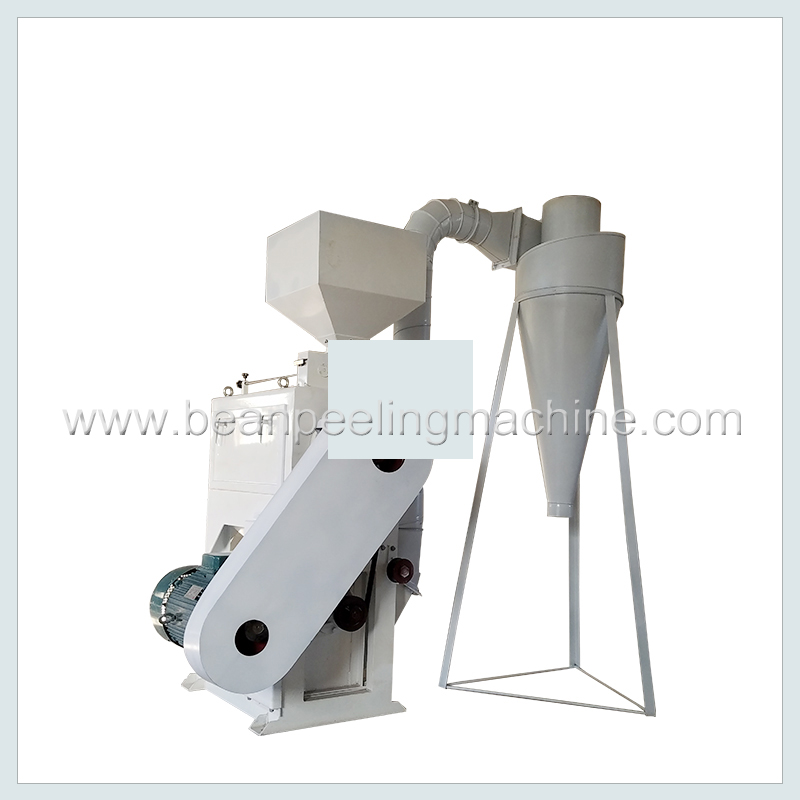 The price of rice plantin...

6FT-40 is most popular model that is suitable for flour grinding purpose. It adopts double roller gr...